Lana R. Batts has over three decades of experience in the trucking industry. Prior to forming Driver iQ, Ms. Batts was the managing partner of Transport Capital Partners, LLC., a mergers and acquisition firm that specializes in the trucking industry from 2001 to 2010. She was the President of the Truckload Carriers Association from 1994-2000, where she led the successful turnaround of the Professional Truck Driver Institute and established the Truckload Academy. She was the Senior Vice President for the Government Affairs for the American Trucking Association from 1974-1992, and served as the President and CEO of the American Financial Services Association from 1992-1994. Ms. Batts is currently on the Board of Directors of Brown Trucking Co. and the Transportation Costing Group. She has also served on the Boards of Mullen Transportation (a publicly traded Canadian corporation), PeopleNet Communications, and served as president of the Transportation Research Forum. Ms. Batts has been the proud recipient of the American Trucking Association’s highest honor, the S. Earl Dove Award in 1994, was named Woman of the Year by the Women’s Transportation Seminar in 1997, and received the Lee Crittenden award from the Professional Truck Driver Institute for her contributions to the organization’s goals in 2006. She grew up in a trucking family in Billings, Montana, where her father owned a livestock trucking company. She graduated from the University of Montana with a degree in Political Science and History and holds an MA (with honors) from the University of Miami (FL) in Politics and Public Affairs. She has done doctoral work at the University of Maryland in transportation. 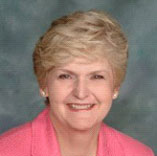